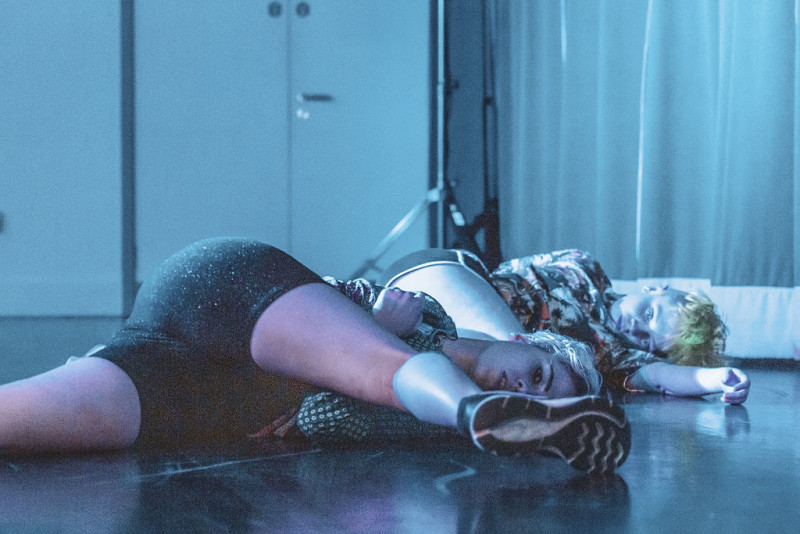 Two transgender performers say ‘up yours’ to the gender binary and invite you to their radical dance party! Under disco lights, over pulsing music, a queer celebration takes place. After an acclaimed run at Edinburgh Festival Fringe (**** The Scotsman, The List), Plaster Cast Theatre come to HOME for the first time with Sound Cistem.
Set in nightclubs, Sound Cistem is a joyous verbatim show about the cisgender gaze on the transgender body. Featuring recorded interviews with trans and non-binary people, a self-love manifesto is made through a riotous, glittering disco. This duo keep moving to reject conformity and shame, despite the current ‘transgender debate’. They ask you to see the beauty in these bodies, and your own too.
Sound Cistem is a celebration of queer bodies, and a radical call against the policing of them. In today’s media firestorm, transgender people have their validity, existence and worth freely called into question. Our society is avidly fixated on trans bodies, as s...