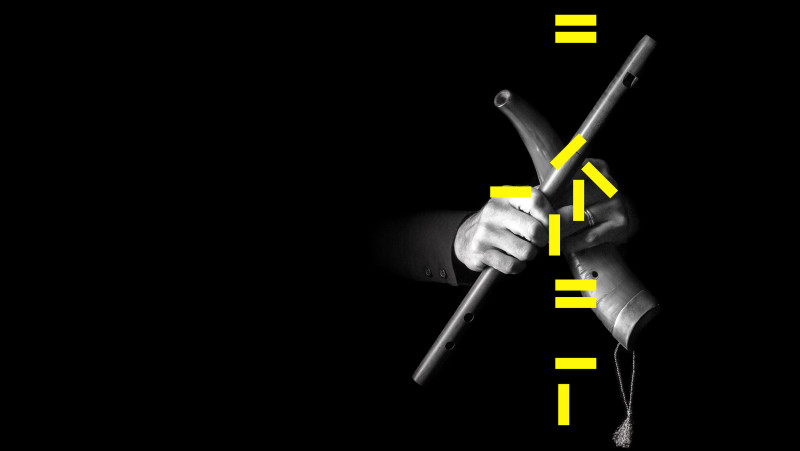 Poul Høxbro has been called ‘the great man of small instruments’. He’s an endlessly fascinating and inspiring musician – a Danish master of ancient flutes and bells, of bones and drums. As soon as we met him, we knew we had to work with him.

While he and Manchester Collective were building this show, there was a moment when they realised that this combination of instruments had literally never been heard before. The set that we are presenting is all new – terrifyingly, ink-barely-dry new. Ancient music, brought vividly to life for 21st century ears.

Rounding out the artistic team for the project is composer Paul Clark, who makes his Manchester Collective debut fresh off the back of a hugely successful collaboration with Renee Fleming and Ben Whishaw at The Shed in New York. We’re thrilled to have him along for the ride.

“Full disclosure – Ecstatic Dances feels scary for us. New work is always frightening, mostly because until you start making it, you never really know what you’re going to end up with. Fortunately, we’re not particularly fond of being comfortable. Come join us on tour. Let’s get risky.” Manchester Collective