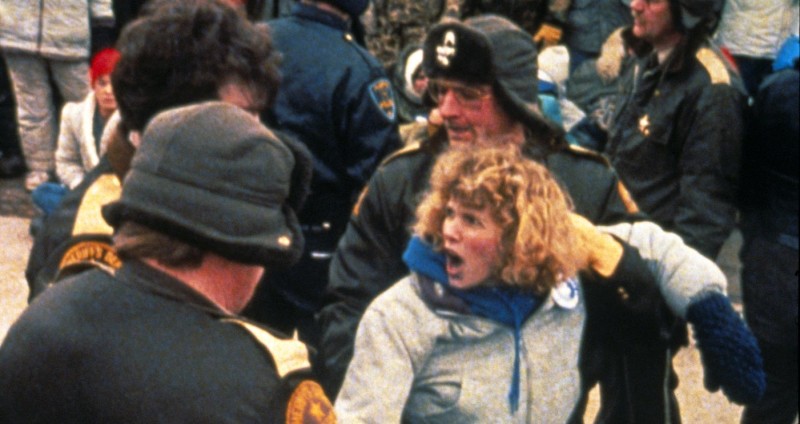 Set in the mid 1980s, American Dream tells the story of a local meatpacking union in Austin, Minnesota, that refuses to accept lower wages and finds itself fighting not only its employer, the Hormel corporation, but the international union leadership as well.
The film uses a verité style to approach the larger subjects of what happened to working people in the United States during the Reagan era and how Reagan’s anti-union position was turned into government policy and corporate practice. Kopple, well known for the emotionally charged Harlan County, USA presents a view of the complex relationship among the workers, the national union leader, and the company, whose historically paternalistic attitude towards workers ends up transformed into a simple bottom line philosophy—the need to remain competitive.
Kopple’s acclaimed documentary is a sobering and fascinating depiction of the social, economic and emotional ramifications of a community being torn apart.